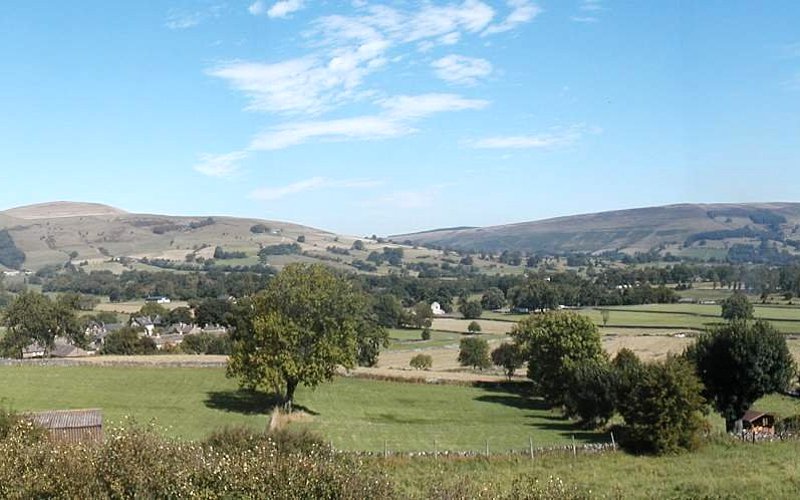 Castleton - Things to do

Castleton has an amazing array of lots of things to do and see and it can be a very overwhelming choice if your stay is a short one. There are lots of numerous outdoor pursuits which should be taken advantage of if you can fit it in.

This picturesque village is now designated a conservation area and much of its history can be read in its layout and architecture.

The lights are usually turned on the first Saturday after remembrance Sunday, heralding the Christmas season and delighting visitors and locals. In December, the activities are orientated with children in mind to help families celebrate the Christmas period. There's a Santa's grotto to visit every weekend during December

If you wish to remember loved ones at this time you can write on a star and put it on the prayer tree.

Several of the Castleton show caves make a great effort during the festive period. Traditionally, carols by candlelight are held in Treak Cliff Cavern and the concerts are immensely popular and terrifically heart-warming. Peak Cavern sells tickets for an evening of carol singing and features a brass band, which takes place several times over the course of the month. These are usually very festive with mulled wine and mince pies for everyone on arrival.

Oak Apple Day on the 29th May was once celebrated throughout the country in commemoration of Charles II regaining the throne.  The Garland’ itself is a beehive shaped head-dress, covered with wild flowers and greenery, worn by the King over his head and shoulders. The King and his Consort are dressed in Stuart costume and lead the Garland procession on horseback with music and dancing outside each of the pubs in the village, and finishing at the May pole in the market place..

Imposing ruins of Peveril Castle stand high above the village. Mentioned in the Domesday survey, Peveril Castle is one of England’s earliest Norman fortresses. Climb to the castle at the top of the hill to enjoy breath taking views over the Hope Valley

The castle was built by William Peveril, son of William the Conqueror in 1086. The keep was built in 1176 by Henry II to whom Peveril forfeited his estates. It attained its greatest importance during the reign of King Edward I, and fell into decline after 1400. The castle today belongs to the Duchy of Lancaster, and is in the custody of English Heritage. There are spectacular views from the top of Castle Hill especially northwest towards Kinder Scout.

There are 4 caves at Castleton accessible by guided tour. Treak Cliff cavern and Blue John cavern contain beautiful caves decorated with stalactites formations, and blue john stone. Peak cavern is the resurgence of a huge river system. In its enormous entrance are the remains of a rope-making walk. Speedwell mine is an old lead mine and visitors are taken along a flooded tunnel by boat.

The Blue John Cavern is home to 8 of the 14 known veins of this beautiful mineral. The Cavern is well illuminated by electric lighting.

The cavern is not suitable for visitors with heart conditions, breathing or mobility problems as there a large number of steps.

The largest natural cave entrance in the British Isles.

Joint ticket with Speedwell is valid for 6 months from date of first use.

Large deposits of Blue John stone, and houses some of the most beautiful cave formations.

All Tours are guided and last approximately 40 minutes. Dogs are welcome on a lead; photography is allowed.

There is no railway station, but Hope station is about 3 kilometres (1.9 mi) away, and train tickets to Hope and Edale are valid on connecting buses to Castleton.

Both Manchester and Sheffield are accessible by train from Hope station (2.5 miles).

Bakewell and Buxton are both within 12 miles. Buxton has an excellent Arts Festival in July and the Buxton Opera House has some amazing shows from Buddy Holly and the Cricketers to Madame Butterfly.

The shape of the Mam Tor and nearby Lord's Seat and Rushup's Edge, seem to attract winds at all times, which has made this area a very popular local centre for extreme sports enthusiasts, hang gliding and paragliding. Derbyshire and Lanchashire gliding club can be found at great Hucklow.

One of the main reasons to come to Castleton is to walk around its gorgeous little village, with nooks and crannies leading to all sorts of exciting discoveries. But it has to be the scenery which visitors can enjoy, not walking far to see the spectacular Winnats Pass, Mam Tor and Castleton Caverns, but for the more adventurous, there is the ridge walk to see the spectacular scenery down below directly  from your cottage doorstep . Walking from the door Glorious walking from the front door to Mam Tor ridge, Castleton's caverns or up the Edale valley and on to Win Hill towards Derwent and Ladybower - or down the valley past the Roman fort site to Hathersage and Stanage Edge

A great range of bikes to hire for the whole family, whatever your age or ability, including a powered all terrain wheelchair bike at Parsley Hay and electric bikes at Ashbourne and Parsley Hay cycle hire centres. Bike Tours and Bike Hire - Peak Tours

The art of scrambling takes a while to perfect. It's a type of climbing that falls between hill walking and rock climbing and is a method of going up ridges and rocky faces. The difference here though is that you scramble up your route with your hands used at all times, as well as your feet in the ascent. Sometimes ropes are necessary on harder scrambles, but usually it's just you and your body to get you through.

Peak District scrambling is all about climbing up and sustaining rock contact all the way up to the summit. The Peak District is great for exploring all its fantastic contorted rock formations and it has many stunning geographical features which can be walked on, climbed on, bouldered on - but the art is to learn when and how to put your hands down.

The Peak District is an area really rich in walking and rock climbing routes but it's not known for its scrambles - particularly for beginners. It's great territory for learning the basics and dealing with different types of rock before you move onto full on scrambles. Places such as Carl Wark, Higger Tor, The Roaches and Crowden Tower are great places to learn the sport and not get hurt.

Peak District scrambling is all about training your body to respond instinctively to the feel of rock and its movement under your hands and feet. It will teach you the risks while you're still in a controllable and comfortable environment. Always go with a partner who can help you if you get stuck or twist your ankle. The rocks will tumble down if you go at it too hard, and Peak District scrambling means the element of danger is always near.

Available thanks to the Lady Bower Fishery which is based in Sheffield, Lady Bower operates a Fishing club between March and November and there are also two small lakes and a stretch of the River Derwent available to boat and bank anglers, but you must already be a member to fish. Holymoorside Dam, Nr Chesterfield does day tickets

This is a very popular past time, not only in Castleton, but lots of parts of the White Peak. Castleton is a key centre for underground exploration to pot holers at any level, whether you are an experienced caver or a novice. There are numerous clubs and activity centres which operate in Castleton and also expert tuition available.

Eyam (5 miles) - has village heritage I s well worth a visit.

Chatsworth House, Haddon Hall and Lyme Park are all lovely houses to visit within 12 miles.

Will4Adventure For Hill and Mountain skills courses for all abilities